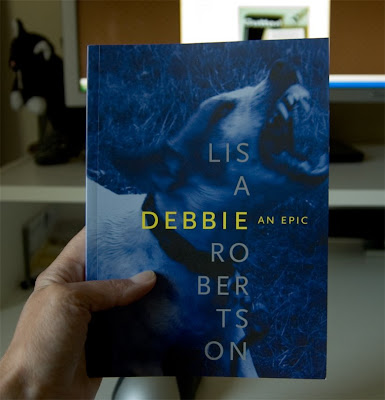 Yesterday, as some of you saw, I posted what was meant to be a brief defense of fluff, using one of my own fluffy experiments as an example. I later pulled it down because I felt it was too brief and too vague to properly support the case I was trying to make and I decided the example I'd used, a video I posted here last year, was probably not the best one to support my assertion that fluff, too, is a political tool, that fluff can be used to make a statement, to point at things, turn things on their ear. With a deadline hanging over me, I saved the post, thinking I might return to it down the road. I still haven't met the deadline, but here's the original post for those of you who didn't see it:

Make the world...your salon urges Lemon Hound. Hear! hear! While I agree wholeheartedly with the overall spirit of the post, the final paragraph causes me to pause just a bit. Perhaps I need to study the comments women leave on commentary or in the style sections of newspapers to better see what she's getting at. By fluff does she mean the comments are unimportant? Mistake-ridden? Going by the OED, one could easily say I create fluff here much of the time. And I do. But I like to think my fluff is light, loosely adhering. Loosely adhering. By choice. Indeed, sometimes I'll just pick up a blade of grass and blow. Just because I can.

*
Here's another take over on Manageable Imaginations. Another wonderful direction...

I salute your salon!

(Is this the post you spent all that time editing?)

Ha! Well initially there was more. Then I added the pic. Then I deleted my babble. It took me all day! :)

hey! I was here yesterday and read the babble,which was good. Now the babble is gone....

I think we should feel free to babble, too.

Ha! Ok, the babble is back along with a babbling preamble.

this all reminds me of the first writing group i was in. we would talk about everyting from teacups to kids to dogs to books, poetry, politics. everything. it was amazing. it had to do with the comfort level. trust. and yes, the group was all women.

Just added the following note:
* Note regarding fluff. What I meant by that statement is that women get to do "fluff" or be "fluff" easily enough. Check the commentary postings on the Globe and Mail over a week, you'll see it's largely men who get to have opinions about things, unless it's to do with a toaster, or pumps... I like pumps, you like pumps, but I wouldn't mind seeing women invited to comment on Afghanistan, climate change, the sinking loonie, and so on...

Thanks, Shawna! I've never been part of a writing group like that, at least not one that meets in person. My experience at writers/artists colonies is much like that though. Over meals and at happy hour we chat about everything. From silly to serious, we cover it all.

Thanks for the note, Lemon Hound! And thanks for getting us going. :)