Yesterday my dreams of yodeling 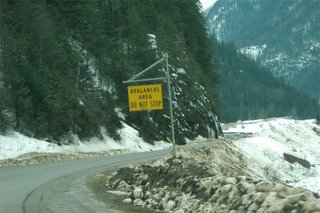 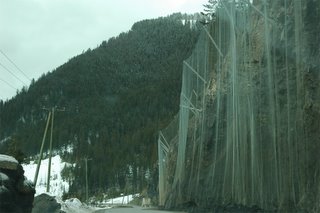 They were prepared for me to break into song.

Even the mere thought of yodeling has consequences. 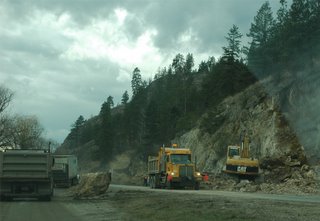 Sure enough, down the road a crew was working to clear a rock slide that had blocked the highway. There were delays as traffic was down to a single lane. This was taken as we followed the rest over some goat path.

Posted by Brenda Schmidt at 2:35 PM

You have to learn to control this frightening power to (almost) start an avalanche! :)

Seriously though, it was a beautiful beautiful trip through the mountains. The weather was perfect. Hopefully we have the same kind of luck on the way back.

Great sequence. It just keeps getting boulder as it goes along.