What a thrill to be mentioned

..by Garry Thomas Morse in this great new interview on his poetry and prose, an interview conducted by Lee Gulyas and her class at Western Washington University where they are studying his critically-acclaimed book Discovery Passages, finalist for the 2011 Governor General's Award and other awards. 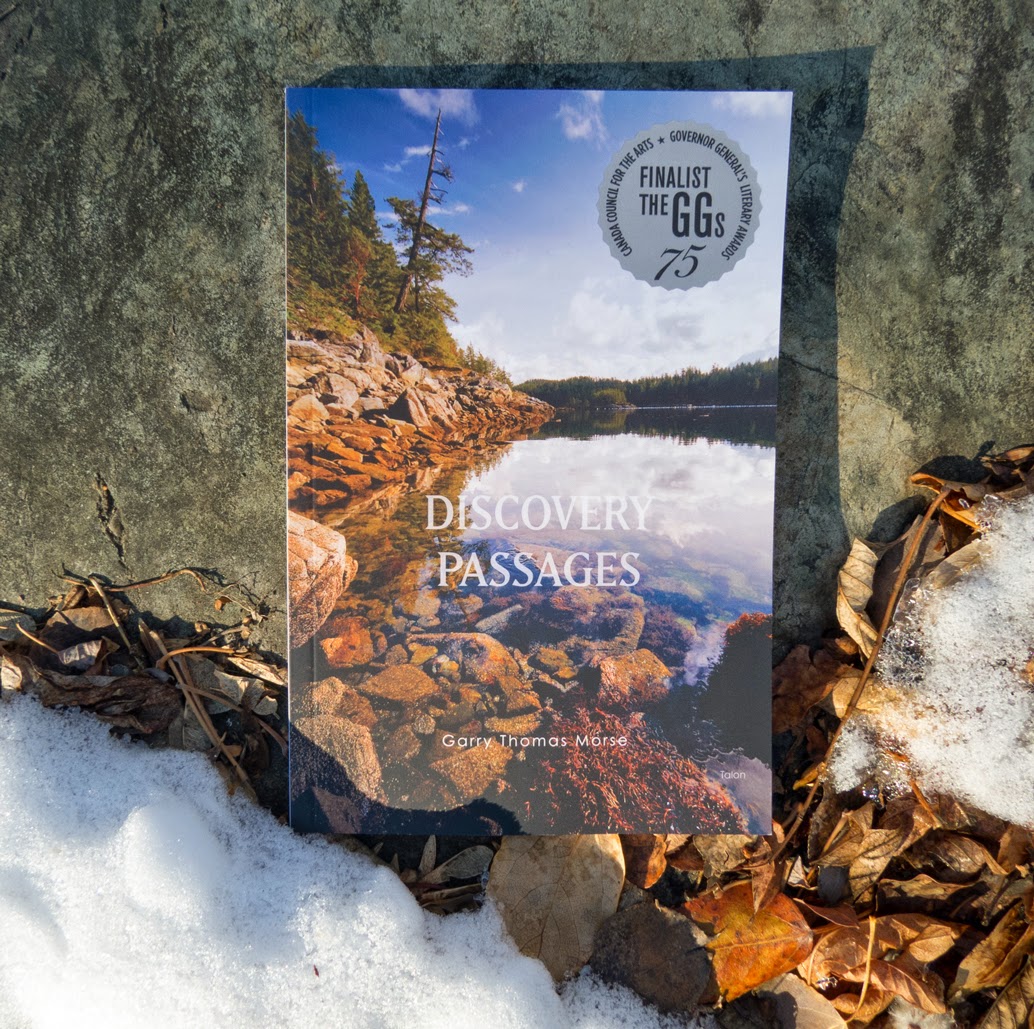 Garry Thomas Morse was a featured writer at the Saskatchewan Writers' Guild Fall Conference in partnership with the Ânskohk Aboriginal Literature Festival this past weekend, a fantastic event and great fun. In addition to being a dynamic presenter, Garry gave outstanding readings. I'm so happy I had the chance to hear him. Of course I had many questions of my own.

Today I placed the book on the rock outcrop in the backyard for this pic. As you can see, we have some snow. It fell while I was away.
Posted by Brenda Schmidt at 2:37 PM