...in Reading the Don, a chapbook published by Gesture Press "on the occasion of the Fourth Lost River's Poetry Walk from Riverdale Park to Corktown Common, September 21, 2014," was a true pleasure. An adventure, really, and it's not over. 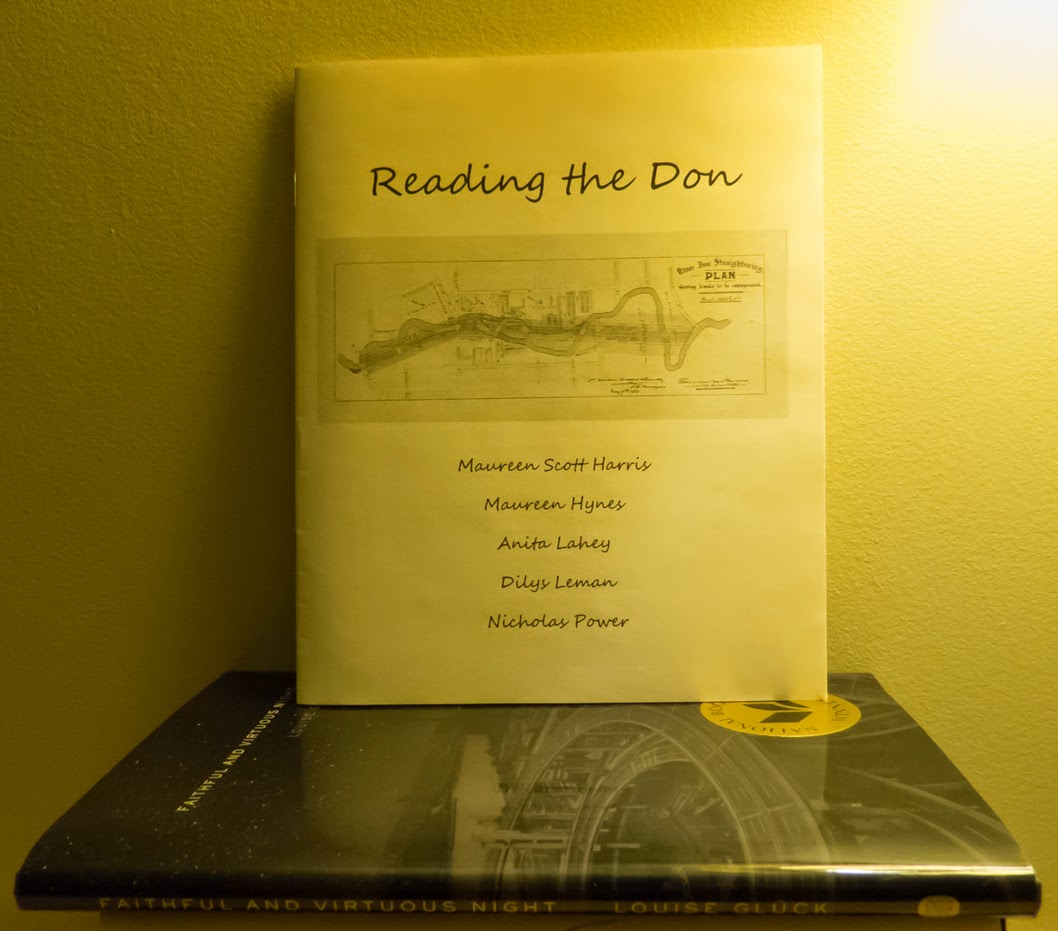 These poems by Maureen Scott Harris, Maureen Hynes, Anita Lahey, Dilys Leman, and Nicholas Power, are meditations on and channels of the Don River: quick and reflective, navigable and surprising.

Exploring the list of related links at the back led to an unexpected after-experience, the "Reading the Don" google map of the reading route causing me to go back into the poems as if I were on a quest. When I clicked on the satellite view and zoomed in on where Maureen Scott Harris had read "Three Views of the Don River," I pictured her, the creator, sitting on the riverbank, the poem coming to life, and I read the poem again with the aerial view open before me. I was well above the Don River, at the level of a soaring red-tailed hawk, well above the "chickadee, kinglet, red cardinal" and the others, the river flowing through the words while the place remained frozen in time before me. It was both exciting and unsettling. I've been thinking about it for hours now.
Posted by Brenda Schmidt at 8:55 PM