This is not a pretty picture, but oh well

Five sharp-tailed grouse stopped by this morning. The squirrel has no use for birds and always does its best to drive them away. That doesn't work with grouse.

Not five minutes later, three ravens flew over. A short while later they flew over again. And again. After nearly 30 years of watching ravens, I can tell just by the way they fly that grouse are around and, while it might seem a stretch, I have a good idea which species thanks to close-up occasions like today. With each soft swoop of raven, the grouse froze.

Today, November 9, the squirrel climbed the mountain ash, a tree it never climbs. There was a brief standoff. 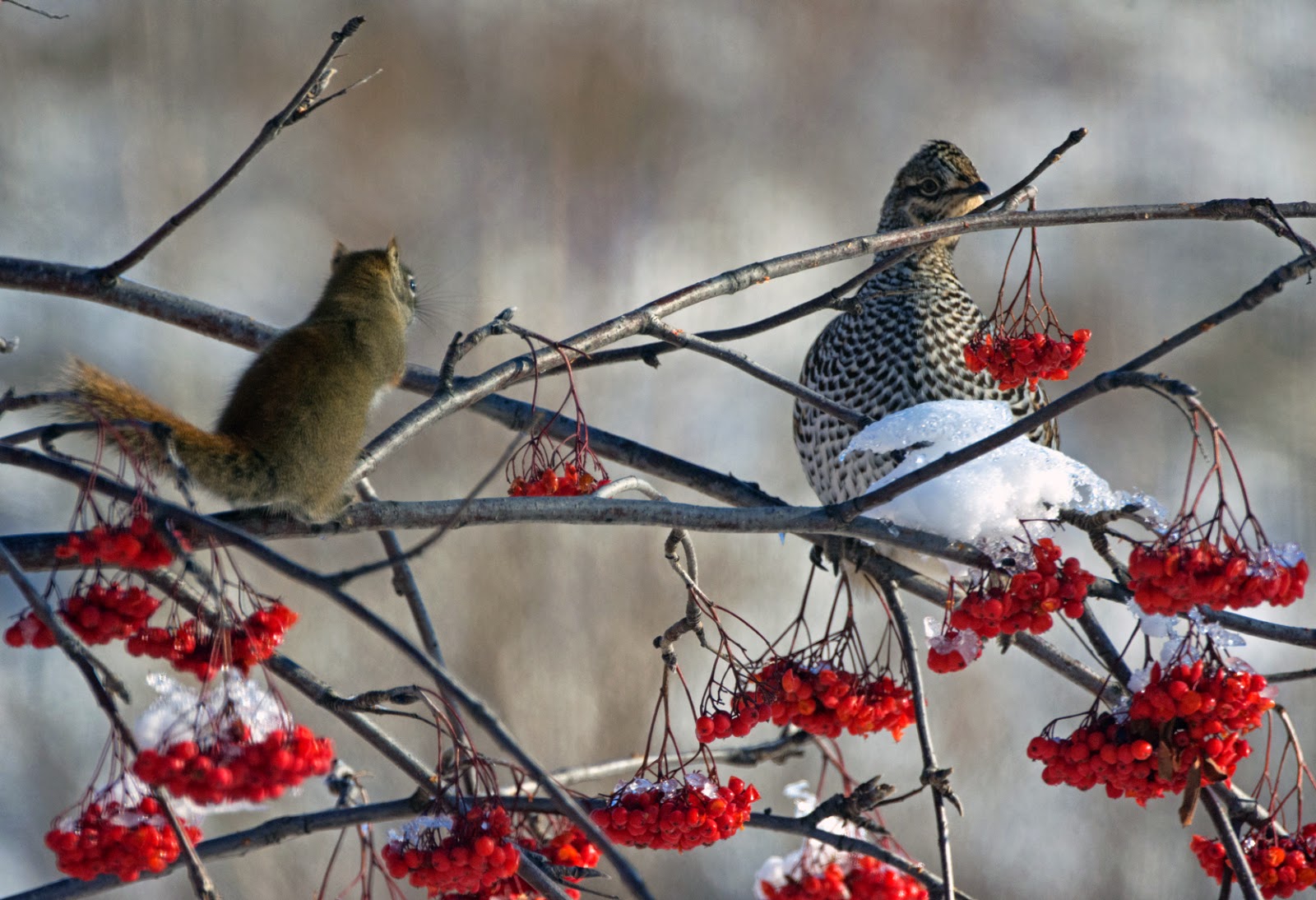 Today the squirrel won.
Posted by Brenda Schmidt at 11:48 AM