...is currently located just feet from my office window. Today while sitting at my desk, I caught a glimpse of a raven as it swept in from the south carrying what looked like a raw pork chop. I had only the little point and shoot camera close at hand, the one I use for taking pics of books and whatnot, but I managed to get a few pics to document what, to my surprise, turned out to be a burial, a process that likely took less than two minutes from landing to take-off, likely closer to one. 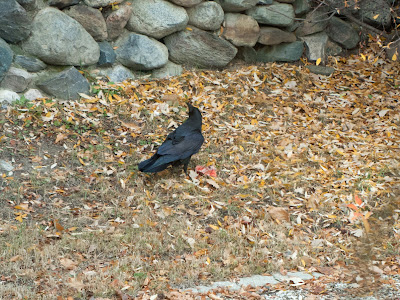 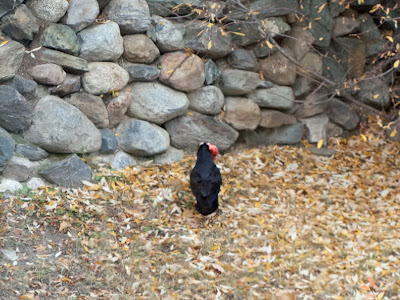 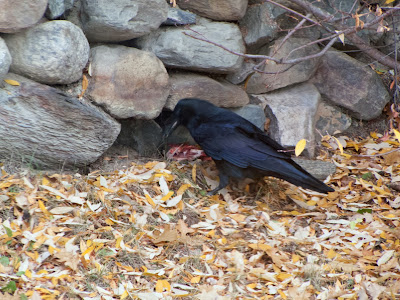 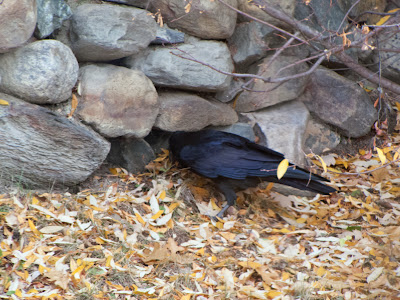 As the dirt flew and the leaves were placed, I realized I could have been videoing the event, so I hit record for what, as you can see, turned out to be the final seven seconds.* The raven then flew back in the direction it came. In all my years of watching ravens, this is the first time I've seen them caching food.

I called H and we went out to take a closer look. We had to refer to the images on the camera to locate the meat. It was indeed buried under a thin layer of dirt and topped with leaves. It was a good size and largely fat. 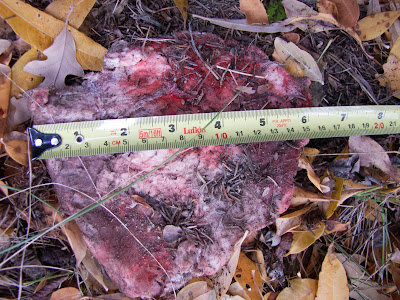 It's hunting season, so perhaps someone is butchering somewhere in the vicinity.

* The hazy waving things in the video and the blurry line on the lower right edge of the first pic are the strings hanging on the outside of the window to prevent bird collisions. As you can see, there's a bit of a wind.
Posted by Brenda Schmidt at 2:13 PM

This is an amazing little sequence.

Thanks! It was quite exciting!