...Harvey spotted this little guy here in Creighton, SK, foraging in the strip of lawn between our driveway and the rock wall. Luckily he had a camera in hand. 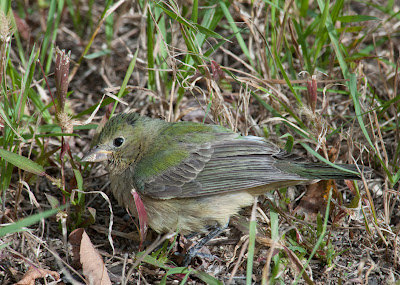 We both had plenty of time to observe the bird and its behavior. I was struck by the unusual green and how easily it was lost in the grass and dandelions and clover. I loved its strong bill and the way it rooted around. I sent five of Harvey's pics off for an expert opinion (not including the pic above, which was taken a bit later under sunnier conditions). It was a sunny, then cloudy, then sunny kind of day. Harvey shot this video of the bird as well (not sent either), which is best viewed in HD.

Here are the pics I sent: 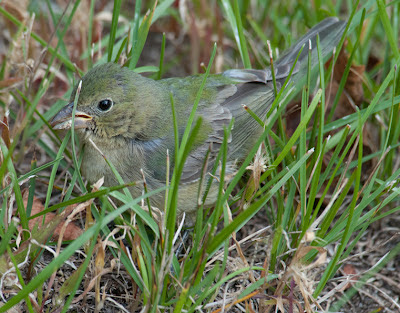 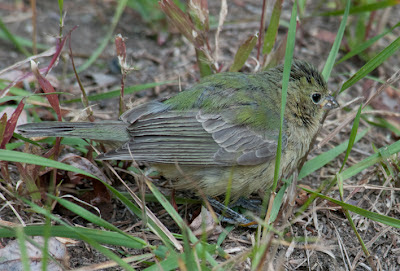 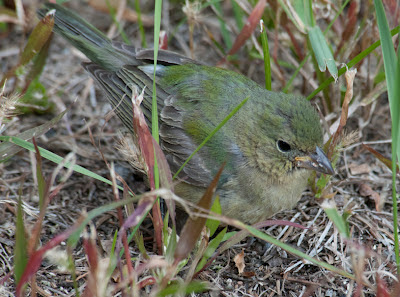 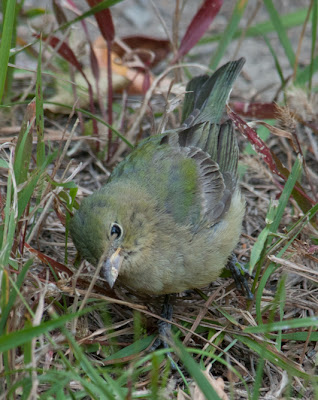 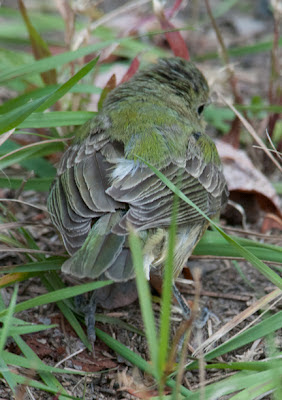 I heard back this afternoon. It's a young Painted Bunting, the sixth of the species for Saskatchewan. Many thanks to Alan Smith.


Photos and video by Harvey Schmidt.
Posted by Brenda Schmidt at 5:47 PM

What beautiful birds! Years ago I lived on a small island off the west coast of Ireland and remember snow buntings from time to time.
tk

Wait a hold it! It's a baby bunting?!? And has Daddy gone a'hunting?

Too damned cute on all levels!

Nice! I love snow buntings. Living on a small island off the coast of Ireland sounds so dreamy!

Thanks for the tweet, Bern! Exciting times in the Schmidt house!

Fantastic! What on earth is this little fellow doing way Up North?
Great photos!

I saw in an ABA pdf that a male was photographed by a researcher in Nunavut in 2009, so this isn't Up North at all! I learned tons googling as I waited. :)

But seriously, yes, it is way far north. Weird.